It’s not the first time China has gotten tough on cryptocurrencies. Earlier this year, Beijing announced a crackdown on crypto mining.

As the noose tightened, Bitcoin price slipped in trade from highs seen early on Friday after PBoC announced the crackdown on cryptocurrency trading, banning overseas exchanges from providing services to mainland investors. The world’s largest cryptocurrency by market capitalization slipped around 5 percent at $42,810.

Other digital tokens also followed the declining trend with ether, the coin linked to Ethereum blockchain and the second-largest crypto, falling 7 percent to $2,893, as per CoinDesk. Dogecoin prices also tumbled over 7 percent to $0.20.

The People’s Bank of China also said it would bar financial institutions, payment companies, and Internet firms from facilitating cryptocurrency trading and strengthen monitoring of risks from such activities.

The new rules formalize an earlier anti-monopoly draft law released in November 2020, clarifying a series of monopolistic practices that regulators plan to crackdown. 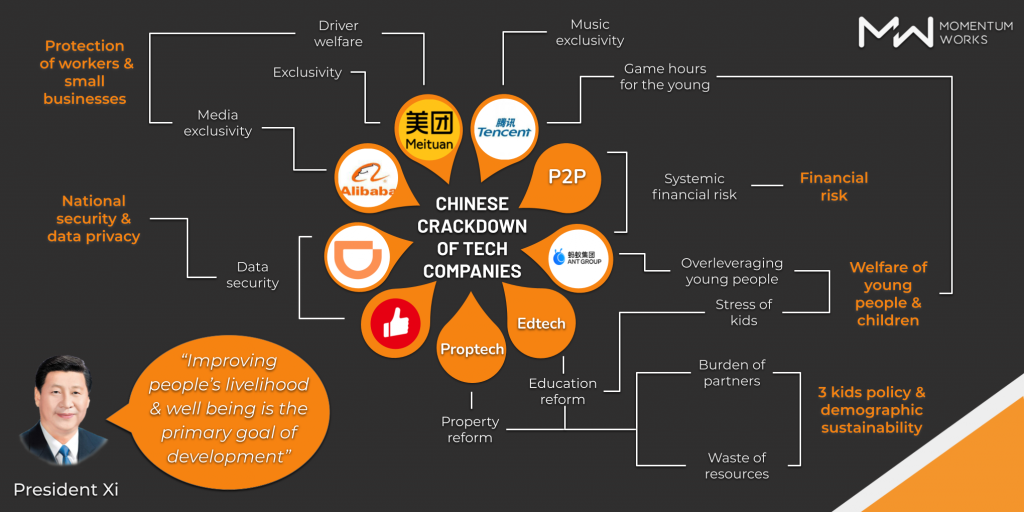 The legislative onslaught began in November. The ax first fell on the Chinese equivalent of Amazon the Ant Group when the huge initial public offering of billionaire Jack Ma was suspended.

As a result, high-profile technology companies have faced investigations and punishments.

In the past few months, the slew of regulation, in part aimed at the tech sector — a move that’s spooked investors and wiped out billions of dollars in market value from the country’s internet giants.

There are also concerns that technology companies will have to change their business practices ahead of landmark policies coming into effect. Such regulations include those aimed at data collection practices, online content, and algorithms to target users. 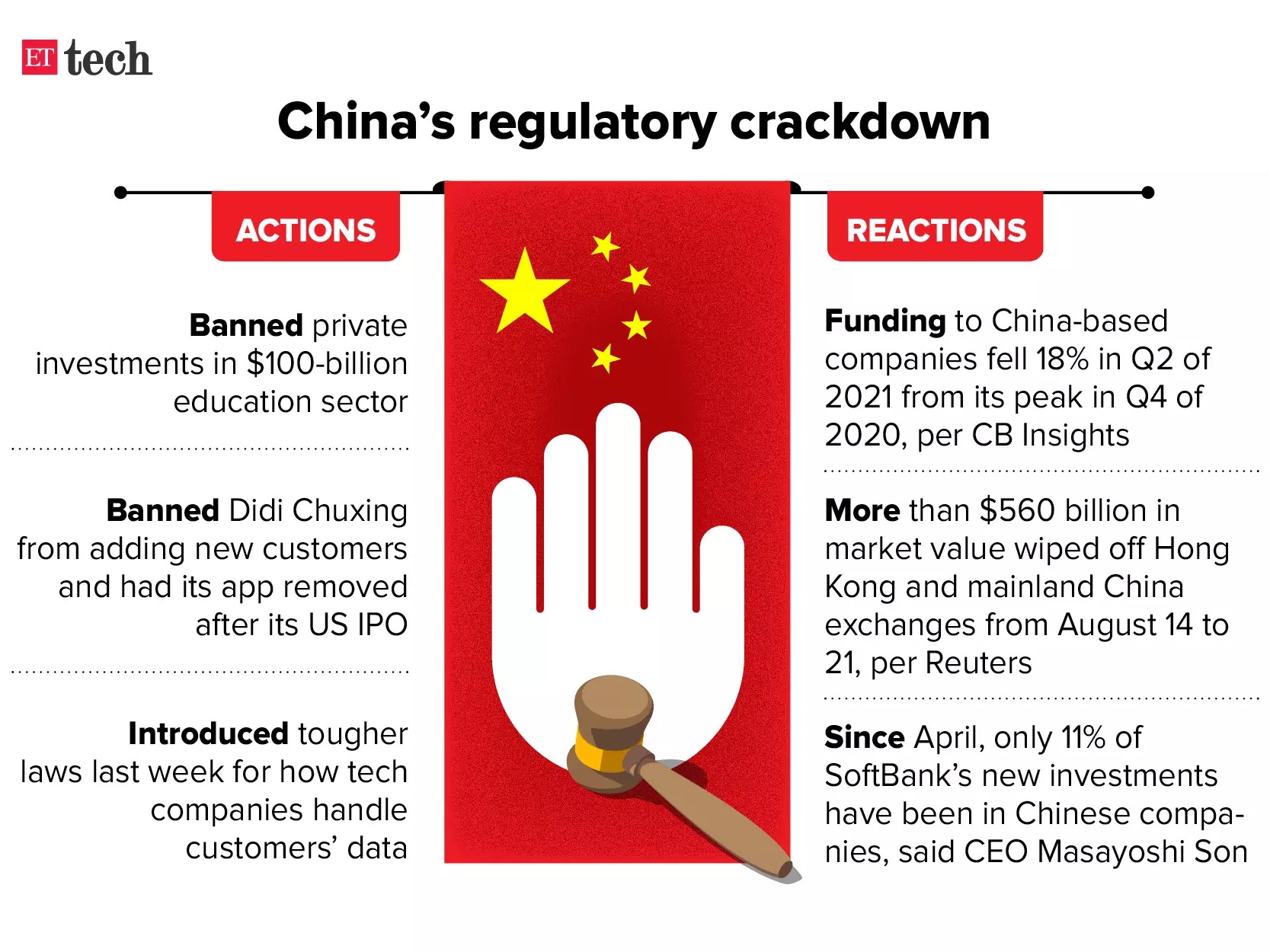 When Alibaba was fined in an anti-monopoly probe earlier this year, regulators said they were investigating a practice that forces merchants to choose one of two e-commerce platforms instead of allowing them to work with both. China’s market regulator said the practice stifles competition.